Nord Stream 2 pipeline—a saga of intrusion. Though nearly completed, the US is thwarting the project. Canada is also against it. Why? 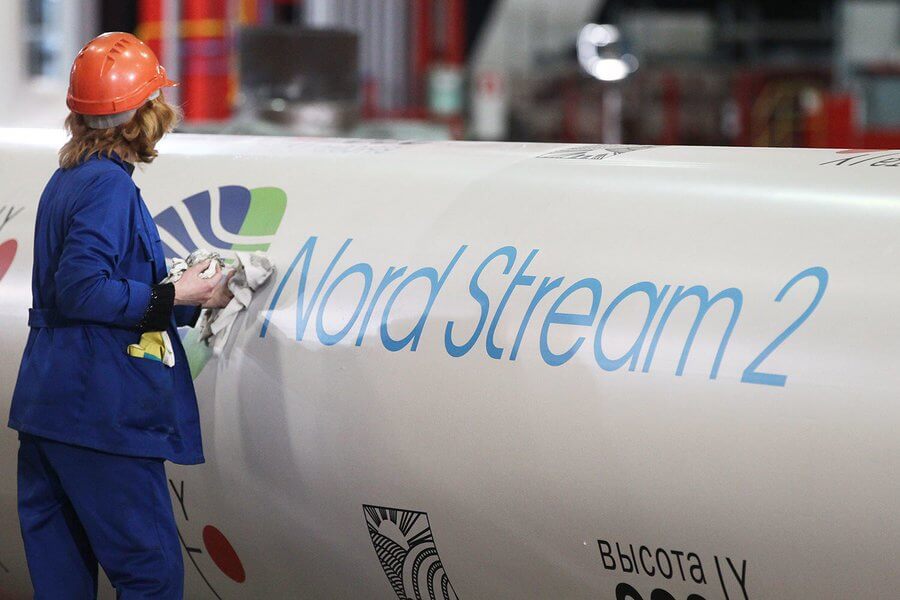 The saga of US actions against the Nord Stream 2 pipeline project reads like a John le Carré novel. In spite of the desire of Germany and other European allies to have it built and even though it is nearly completed, the US persists in thwarting the project. Canada is also against it. Why?

Nord Stream 2 is designed to move natural gas under the Baltic Sea from Russia to Germany. It’s a joint venture, with major European companies participating. The route parallels an earlier pipeline Nord Stream 1, in operation since 2011. Pipelines have moved gas from Russia to Europe since the 1960s. It’s a win-win for all participants. Europe is hungry for gas, and Russia has the world’s largest gas reserves. The US opposes Nord Stream 2 on grounds of European energy security.

US actions include a train of manoeuvres both in the open and behind closed doors. Construction began in 2018. Shortly after, the US Ambassador to Germany threatened German companies with “a significant risk of sanctions” if they did not pull out. New legislation in 2019 “to protect Europe’s energy security” placed sanctions on pipe-laying vessels continuing construction of the project. With 90 percent of the pipeline already laid, the Swiss pipelaying contractor Allseas ceased work. Chancellor Merkel and President Putin rejected the US sanctions as extraterritorial and confirmed commitment to continue the project.

In 2020, Russia’s Gazprom—a majority state-owned energy corporation based in Saint Petersburg—relocated two Russian pipelaying vessels to complete the line, the Fortuna and Akademik Cherskiy. The latter made a tortuous three-month voyage from the Russian Far East to reach Germany’s Baltic port of Sassnitz-Mukran, the staging area for the pipeline’s construction. In August, three US senators wrote to the port management, threatening financial destruction if it continued support for the project. German Chancellor Merkel stood firm, asserting the pipeline was an important economic project and must be completed. German Foreign Minister Heiko Maas fumed, “No country has the right to dictate Europe’s energy policy with threats.”

In October, the US administration clarified the sanctions applied also to suppliers of services and equipment for those vessels. Shortly after, the German state of Mecklenburg-Vorpommern, within which the port is situated, announced a special fund to provide products and services for the pipeline’s construction, enabling German firms to supply services indirectly and circumvent US sanctions.

The Danish section had been delayed for months. The pipeline consortium originally intended to route the line alongside Nord Stream 1 through Danish territorial waters. However, a new law in 2018 empowered the Danish government to veto pipeline projects on political grounds if they pass through territorial waters. Nord Stream rerouted the pipeline through Denmark’s Exclusive Economic Zone—which is only subject to the United Nation Convention on the Law of the Seas. With all permissions finally granted, in January 2021 the Russian pipelaying vessels set sail for the construction site, two days after President Joe Biden’s inauguration.

Meanwhile the US found a new reason to cancel the project, claiming Russia poisoned Alexei Navalny, a Russian activist and opposition leader. The German foreign minister equivocated, “We have high expectations that the Russian government will investigate this serious crime… I hope at least that the Russians won’t force us to change our stance on Nord Stream 2… Nord Stream 2 involves over 100 companies from twelve European countries, and about half of them from Germany.” In the end, the European Union imposed sanctions on six Russian officials and a research laboratory—but not Nord Stream 2.

What really happened is murky. Throughout, Russia expressed readiness to cooperate with Germany. It stated the Siberian hospital had detected no toxic agent before Navalny was airlifted to Germany. Russia requested the German medical test results repeatedly, but Germany failed to provide them. In fact, Novichok substances exist in at least twenty Western countries while Russia claims to have none. Russian Foreign Minister Sergey Lavrov opined, “Everything is subordinated to undermining relations between Russia and the EU.” It was a strange affair. Always ask the question: cui bono, who benefits? Certainly not Russia.

Washington attacked again on New Year’s Day 2021 when the US Senate passed the National Defense Authorization Act, overriding President Trump’s veto. The Act expanded sanctions against Nord Stream 2 to include companies providing services to pipe-laying vessels, and companies carrying out pipeline testing, inspection or certification activities. The Norwegian certification bureau verifying the pipeline’s safety and technical quality quickly announced it would cease activities, as did the pipeline’s insurer Zurich Insurance. This means another delay.

One of President Trump’s last acts the day before leaving office was to expand US sanctions against Nord Stream 2. He targeted the Russian pipe-laying vessel Fortuna, a Russian oil tanker and two Russian companies under the Countering America’s Adversaries Through Sanctions Act of 2017.

The day after President Biden’s inauguration, the European Parliament adopted a non-binding resolution calling for the EU to prevent completion of Nord Stream 2. However, EU foreign affairs chief Josep Borrell maintained, “Because we’re talking about a private project, we can’t hamper the operations of those companies if the German government agrees to it.” Shortly after, Chancellor Merkel made known she wanted priority talks with the new US administration about Nord Stream 2, extraterritorial sanctions, and overall energy relations with Russia.

Biden spoke by phone with Merkel on January 25 and Putin the next day. The White House read-outs make no mention of Nord Stream 2. Immediately after, however, the White House told media Biden believed the pipeline was “a bad deal for Europe.” His administration would review measures imposed by the previous administration, and he would consult with “European partners” on this issue.

A few European countries including Ukraine, Poland and the Baltic states support US policy. Ukraine is the historical route for Russian gas to Europe and wants to retain the fees it receives from Russia for moving gas across its territory. In spite of this, it has a long history of payment difficulties and has been hostile to Russia since 2014. Fed up, Russia has been diversifying its routes to Europe, bypassing Ukraine to the north and south.

The question remains: why is a pipeline in Europe being targeted? First, the United States wants to sell its own abundant gas (from fracking) to Europe, even though it would be more expensive than Russian gas. It’s about trade and America First.

Second, the US takes a deep interest in oil and gas around the world. Washington has literally hundreds of people monitoring world energy—at the Departments of State, Energy, Commerce, the National Security Council, the Pentagon, and the CIA. No other government matches this scale of coverage. Greater control over Germany’s energy would promote US power over Europe.

Third, Washington views Russia as an adversary. Alleging Russian aggression and malfeasance, the US imposes sanctions and pursues military and economic containment. The European Union has followed suit. NATO has pushed its forces up to Russia’s borders.

Ottawa supports Washington in this economic warfare. In 2018, then Foreign Affairs Minister Chrystia Freeland declared Canada had “significant concerns” about the pipeline. She had discussed these concerns “with many countries,” including Denmark and Ukraine.

Geopolitically, the US seldom gives up on getting its way. Europeans are reacting at last to Washington’s browbeating. Germany is pushing back on Nord Stream 2. In January, the EU signed a huge trade deal with China, against US wishes. These are signals of a weakening deference to US foreign policy directives and a strengthening of Europe’s autonomy.

Meanwhile, Russia is considering an international court challenge against US actions. Perhaps the world is returning to a multi-polar status. More diplomatic skirmishes are likely in coming months.

John Foster is the author of Oil and World Politics: The real story of today’s conflict zones (Lorimer Books, 2018).