US wants some of Europe’s gas market: ex-World Bank official 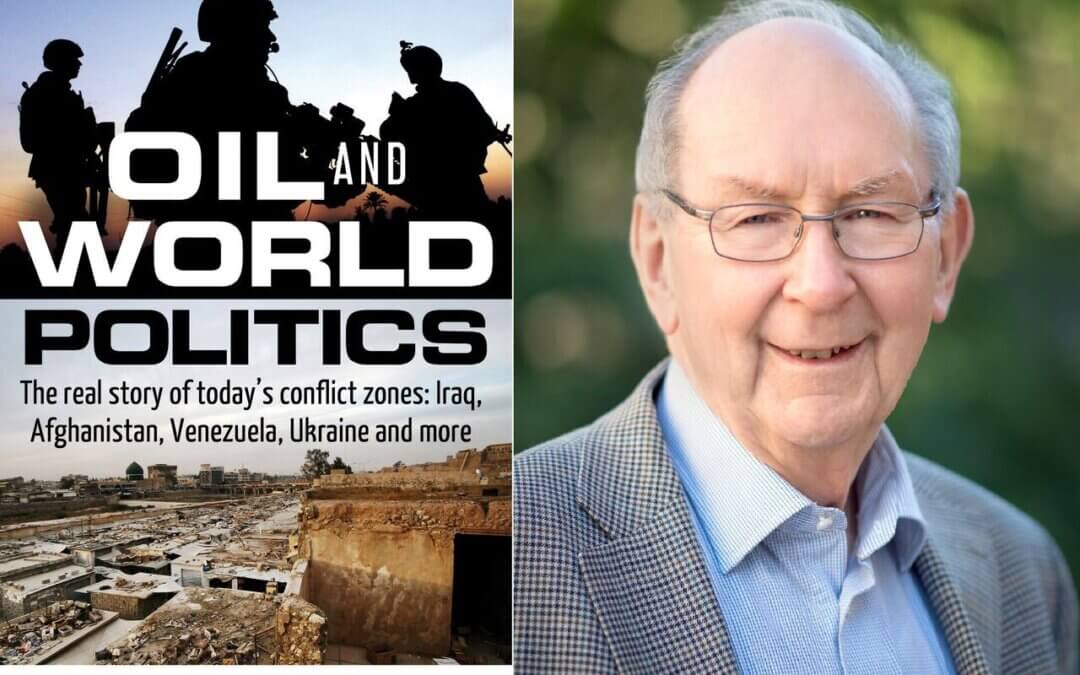 IRNA’s correspondent has contacted Canadian petroleum economist John Foster to ask his opinion on the role of energy market behind the Ukraine crisis.

Foster is the author of “Oil and World  Politics: the Real Story of Today’s Conflict Zones”. He has also held positions with the World Bank, Inter-American Development Bank, BP and Petro-Canada.

IRNA: Is the Nord Stream 2 project related to the Ukraine crisis?

FOSTER: Ukraine is a pawn in the game. Washington sees Russian energy as a threat to US leadership and Europe’s energy security. It seeks to weaken Russia politically and economically by blocking the new Russian gas supplies to Europe. It seeks to assist its protégé Ukraine, whose economy is in dire condition. Ukraine benefits from existing pipelines bringing Russian gas across Ukrainian territory to Europe. Ukraine fears losing substantial income from transit fees associated with its pipelines.

IRNA: Why is the United States trying to prevent the completion of the Nord Stream 2 project at any cost?

FOSTER: The first Russian pipeline to Germany, Nord Stream 1, has operated successfully for more than ten years. It is a joint venture of Russia’s Gazprom and European energy companies. Nord Stream 2 is also jointly funded by Russian and European partners. US sanctions delayed its construction by a year or more. The line is now completed, but awaits German certification before it can start up. Europe wants the gas. And Russia wants to sell. The United States alleges Russia is about to invade Ukraine and threatens Western sanctions of unprecedented severity if Russia does so, including cancellation of Nord Stream 2.

IRNA: Why is Washington trying to replace Russian gas? Are there only financial benefits?

FOSTER: Washington’s reasons are both geopolitical and commercial. Fracking has made the US the world’s largest gas producer and a major LNG exporter. Washington wants some of Europe’s gas market. But US gas is more expensive than Russian gas because it sells at high spot prices, currently five times higher than Russian long-term prices. Currently, the European Union gets 40 percent of its gas from Russia.

IRNA: Why does Germany prefer to complete the Nord Stream 2 pipeline?

FOSTER: Five major European companies have invested in Nord Stream 2, including Royal Dutch Shell. European and Russian thinking is win-win; both benefit from the pipeline. The Russians want to sell: Europeans want to buy. The American approach is binary: “Heads I win, tails you lose!” German industrialists are desperate for cheap natural gas. They can buy it from Gazprom at low long-term prices. Nord Stream 2 goes directly from Russia via the Baltic Sea to Germany, a secure route. Europe is currently experiencing a gas shortage for a variety of reasons. German and French leaders are reaching out to Russia. They appear unconvinced Russia intends to attack Ukraine, unless provoked. They are aware new sanctions on Russia could badly hurt European economies.

IRNA: Why are Poland and Ukraine opposed to the Nord Stream 2  pipeline?

FOSTER: If Nord Stream 2 is commissioned, both Poland and Ukraine assume less Russian gas would transit through pipelines in their countries. Thus, their transit revenue would be lower. Ukraine earns big transit fees, roughly US$2 billion per year, and desperately wants to keep them. Yet Poland and Ukraine are hostile to Russia. From Russia’s perspective, the transit routes through hostile countries are unreliable.

IRNA: What will happen to the energy market in Europe if Nord Stream 2 is banned?

FOSTER: Europe, notably Germany, is turning to natural gas as it moves off coal and nuclear to ‘green’ energy. It sees gas as a transition fuel. If Nord Stream 2 is cancelled, competition among energy traders will force energy prices higher. European industry will suffer. Householders will pay more for heating bills. There might even be rationing.