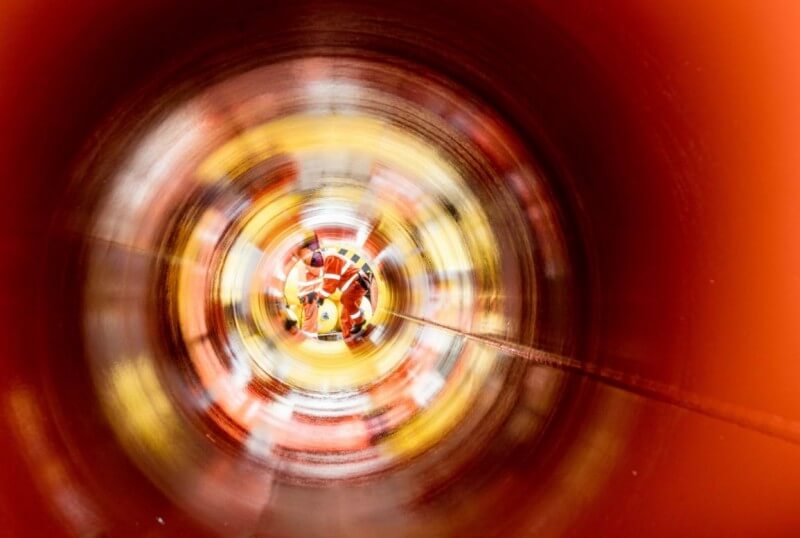 In March and early April, when Polish ships ventured into the restricted pipelaying zone for Nord Stream 2, they turned an economic dispute into a military provocation.

In separate incidents, a Polish warship manoeuvred near the pipelaying vessel Fortuna, a Polish aircraft circled overhead, an unidentified submarine passed dangerously close to the widespread anchors, and a Polish fishing vessel rammed a Russian supply ship near the Fortuna.

The project company reported the provocations. Though Poland denied the charges, its ships and aircraft were clearly identified.

Poland is allied to the United States in a long history of opposition to Nord Stream 2, a pipeline designed to move natural gas under the Baltic Sea from Russia to Germany. The US has threatened sanctions repeatedly, most recently in March 2021. Secretary of State Antony Blinken asserted on March 18 that the pipeline was a “Russian geopolitical project intended to divide Europe and weaken European energy security.”

In fact, divisions within Europe have economic origins. Germany and central Europe want the pipeline. In promoting a green energy future, the German government sees natural gas as a transition fuel after planned phase-outs of nuclear power and coal. Political parties except the Greens support the project, as does German business.

Poland and Ukraine oppose Nord Stream 2 because it will reduce transit fees on their own pipelines from Russia. The US sees the pipeline as a wedge issue to be exploited.

With fracking, the US has surplus supplies of natural gas and wants to export liquefied natural gas (LNG) to Europe, displacing Russian exports. Some US exports are already occurring, but American gas is more expensive that Russian gas.

The NATO alliance also reflects US interests. At a NATO meeting in Brussels on March 3, Blinken maintained the pipeline would “undermine the interests” of Ukraine, Poland, and other allies.

The alliance has not taken a position because European countries are divided. Even so, its recent report, NATO 2030, defines energy security as a “critical area of interest for NATO” and describes Russia and China as adversaries.

Nord Stream 2 is a Russian-European project. It parallels an earlier pipeline, Nord Stream 1, which has been in operation since 2011. When the pipeline is completed, Germany will become Europe’s main entry point for Russian gas.

Gas from Nord Stream 1 is transported across Germany west to the Netherlands and south to the Czech Republic. The pipeline is also a joint venture. Its operating company, Nord Stream AG, is 51 percent owned by Gazprom—a Russian majority state-owned multinational energy corporation—and 49 percent by European companies based in the Netherlands, France and Germany. Nord Stream 1 and 2 also have the same management team.

Nord Stream 2 began as a joint venture between Gazprom and five European partners. Ownership changed in 2016 after the Polish competition agency ruled the project might restrict local competition. The Europeans withdrew from the project company (leaving Gazprom as the sole shareholder) and instead agreed to finance 50 percent of the cost.

Gazprom’s partners are among the biggest energy companies in Europe: Engie (French), OMV (Austrian), Shell (Anglo/Dutch), Uniper (German) and Wintershall Dea (German). They remain committed. Ignoring Blinken’s warning about possible sanctions, Uniper asserted that, as a project financier, it was not affected by US sanctions.

With Nord Stream 2 already 95 percent built, Gazprom’s chairman expressed confidence it will be completed in 2021.

Russia is a petrostate and the world’s single largest exporter of oil and gas. Pipelines and sea routes to market are vital to its economy. Europe is the world’s second largest gas market, after North America. In 2017, the European Union imported 40 percent of its gas from Russia.

While Nord Stream 2 has captured the limelight, less attention has been paid to TurkStream—a geopolitical story for another day. Russia completed TurkStream in January 2020; two parallel strings to bring gas under the Black Sea to Turkey. The first string brings gas to the Turkish market, the second to southeast Europe.

Poland became a transit route for Russian gas to Germany in 1997 when the Yamal pipeline opened. In May 2020, Poland’s pipeline operator ended its long-term transit deal with Gazprom and, since then, has been selling capacity via short-term auctions.

For its domestic market, Poland ended its supply deal with Russia effective December 2022 and instead proposes to import from the US and Norway. It is expanding an LNG import terminal and plans a new pipeline from Norway via Denmark.

Ukraine has a long history as an unreliable trading route for Russia because of corruption, price and payment problems. In 2015, Ukraine stopped importing Russian gas directly for its internal market and began purchasing “reverse” supplies of Russian gas from Hungary, Poland and Slovakia.

While Russian gas continued to transit Ukraine to Europe, Ukraine transit fees took a hit after Nord Stream 1 was built. With Nord Stream 2 and TurkStream, they will take a further hit, representing a punch to the Ukrainian economy.

Since 2014, the US, NATO and the European Union allege Russian aggression in supporting the breakaway Donbass region of eastern Ukraine and Russia’s annexation of Crimea. In contrast, Russia alleges a Western-inspired coup in February 2014 and cites the referendum where Crimea’s citizens overwhelmingly supported rejoining Russia.

Russian speakers predominate in Crimea and eastern Ukraine, while native Ukrainian speakers predominate in the western and central parts of the country. Ukraine has shelled Donbass periodically and placed restrictions on Ukrainian use of the Russian language, while Russia is alleged to surreptitiously arm Russian-aligned rebels in the Donbass. Fighting in the region has killed more than 13,000 people in little more than six years.

On April 1, Russia’s Foreign Minister Sergey Lavrov affirmed, “We will never use energy supplies or our oil and gas routes in Europe” for political leverage. “We have nothing in common with Kiev that shut down water supplies to Crimea.” After Crimea rejoined Russia, Ukraine dammed the canal providing 90 percent of the peninsula’s water supply.

Ukraine shares a 1,900 kilometre land border with Russia. Both sides accuse the other of provocation as Ukraine shells Donbass and Russia conducts troop exercises near the border. Russia warned it would protect citizens of Donbass if hostilities escalate. The situation remains a tinderbox.

On April 6, Ukrainian President Volodymyr Zelensky claimed that “NATO is the only way to end the war in Donbass.” He called Canadian Prime Minister Justin Trudeau to request help in moving the NATO alliance towards membership for Ukraine. Trudeau reaffirmed support for Ukraine’s sovereignty and territorial integrity.

While opposing Nord Stream 2, the US is itself importing more and more Russian oil. Russia has become the third largest exporter of oil to the US, after Canada and Mexico.

Sentiments against Nord Stream 2 and Russia remain high in the US, Ukraine and Poland. Germany and other European countries affirm their sovereignty and plan to finish the pipeline. Amid ongoing brinkmanship, the pipeline moves ahead.

John Foster is the author of Oil and World Politics: The real story of today’s conflict zones (Lorimer Books, 2018).